Update: I'm very pleased to note that the game has been awarded "Best Remix" in the Gaming Like It's 1926 game jam. It's my third year in a row being awarded a prize which makes me feel extremely fortunate--the judges' comments show that what I was going for really comes through for them. They said the game, "continues his tradition of creating exceptionally original games that explore the work of a specific visual artist." You can read all the comments here: https://www.techdirt.com/2022/03/09/announcing-the-winners-of-the-4th-annual-pub...

In this game, two people explore a surrealistic dream connection to continue a partnership between avant-garde Czech artists Toyen and Jindřich Štyrský beyond Štyrský's early death.

Two players will collectively create dream stories to connect Toyen and Štyrský. They will be prompted to develop those stories by drawing cards with the artists’ paintings, placed along the path in Štyrský’s painting Jeskyně (The Cave).

Toyen, born Marie Čermínová, (1902-1980) was a genderqueer Czech painter, drafter, and illustrator. Toyen refused to use feminine endings for their name, which has been proposed as coming from the Czech expression ‘to je on’ (‘it is he’). Their work heavily explored gender issues and sexual politics.

As artistic partners, they worked and exhibited together, moving from earlier Cubist work to Surrealism in partnership. They were both members of Czech avant-garde group Devětsil. In 1927, they founded their own art movement, Artificialism.

This game was designed for the Gaming Like It's 1926 game jam, which uses work that has entered the public domain in 2022.

It is the third in a series of games that engage with art by creating experiences through games.

The first two in the series were The 24th Kandinsky and Fish Magic.

Dreaming the Cave is one of a series of games that engages players with a deeper understanding of works of art by creating experiences with them. In this game, players will have a chance to experience a series of paintings by important but not particularly well-known artists.

With Štyrský’s painting entering the public domain, it was crying out to be the basis for a game, just because it looks like a boardgame already in some ways!

The game isn’t a lesson in art history as such but I hope it is an opportunity to consider these works in terms of aesthetic and thematic principles, based just on what can be observed. By creating your own dream-stories, you’ll see the paintings in a different way.

Dreams don’t make sense. When further explored they tend to make less sense in some ways but more sense in others. The interaction between two players in telling a dream plays with this tension of knowability and describability.

Many tabletop games engage heavily with creative thinking processes and often are designed to help with that creativity. Yet, most creativity is directed (and academic definitions of creativity typically include some requirement of usefulness).

This game isn’t trying to be useful in the world, and it’s not trying to generate ideas that persist. It’s about creating an experience of allowing your mind to do what it doesn’t have a chance to do while awake very often.

In order to download this surreal experience you must purchase it at or above the minimum price of $2 USD. You will get access to the following files:

Surreal Experience seems about right. Enjoyed the insight into the artwork "it already looks like a board game was very true". Thanks, I enjoyed this!

Thanks! It's always nice to hear how people respond to my weird little creations. I love giving people the chance to experience art in some different ways, and games can be a good way to do that I think. 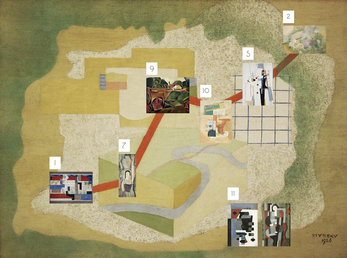 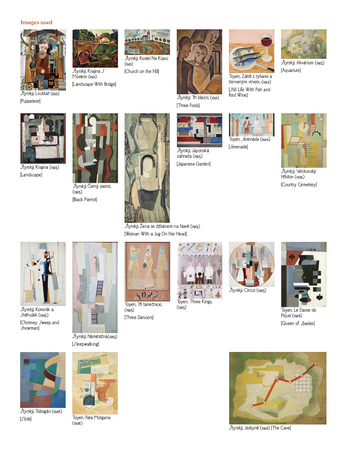